Check out the animation and dance choreography: very interesting show.
Shadow swordfight presentation brought to you by Funny Tube
Posted by Littlefair at 04:13 2 comments:

Martial arts are often seen as sports for hard people who like to fight. Or sporty people who want to express themselves physically. But there is another side to martial arts and that is the intriguing philosophy underpinning the external manifestation. This philosophy often contains elements which help in forging character and development of the self. I'm sure that Funakoshi used this in licking young ne'er do wells into shape physically and mentally. Doshin So certainly used martial arts as a tool for forming people into socially responsible individuals.
But this is unique to martial arts owing to its philosophy and grounding in Buddhism which has important self-development doctrines, right? 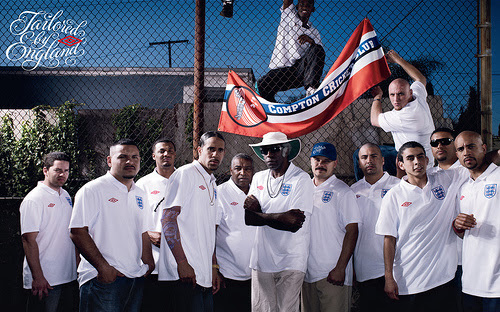 Not quite. A cricket team in LA, USA, is using cricket as a vehicle to clean up gangster neighbourhoods. Established 15 years ago it is captained by a homeless activist, Ted Hayes, who feels that cricket has lessons for life which can show gangsters that there are other ways to live their lives.
Mr Hayes says, "We were... successful at teaching the homeless guys civility through the game".
Marvellous.
http://www.bbc.co.uk/news/world-us-canada-12382224
http://en.wikipedia.org/wiki/Compton_Cricket_Club
Posted by Littlefair at 08:33 2 comments: