Are lower stances the way forward?

We drilled low front stances tonight during Tang Soo Do. Specifically low and deep front stance. This fairly simple 'walking' stance can be notoriously difficult to teach to young children. It's a paradox I find. So simple: from ready stance, step forward or back, maintain feet forward and flex the front leg, keeping the back leg straight (acting like a buttress). There is a lot more to it, but in essence it gives a good stable base from which to apply techniques.
But...I'm forever correcting the children's front stance. My biggest gripe with them is they stand on a tightrope. Turning left into front stance requires stepping out and back to give a wide and deep stance. Working on this is essential as kids tend to turn into it and end up with feet aligned.
It was, however, my training in the senior class which gave rise to some internal questions concerning my front stance. Master AC emphasised deep front stance, making us push hard into it, gripping the floor and straining muscles. I was tired and hot and grumbled at the prospect and didn't want to tip my pelvic bone out of alignment so reluctantly sank down. There is a good article here regarding front stance and pelvic alignment at fighting arts. I've often had this in mind when practising my front stance and actually, I believe, used it as an excuse not to explore it more. Tonight when pushed to produce a lower, grounded stance I had excellent feedback but bore in mind my pelvic position. It was possible to produce a low stance, gripped to the floor with my feet in correct position without tipping the base of my spine.
My conclusion is that it's good to revisit base techniques and be open to trying stuff out. It's all well and good to intellectualise training but the only way to the heart of one's practice is through doing... Trying it! Practising!
Posted by Littlefair at 14:30 No comments: 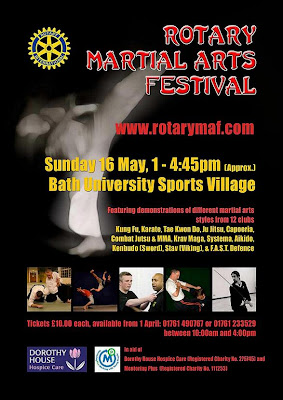 Here is a great video of Kirishima in action. He's the smaller, muscular wrestler.
The information on this Youtube video says that the match was disputed three times till Mitoizumi won in the fourth bout.
Points of interest from this clip:
1. Although Kirishima is somewhat smaller than his opponent he is initially not outplayed and certainly in two of the bouts seems on the point of winning in an aggressive and offensive manner.
2. Don't sit in the front row of a sumo match! (Unless you really want to be squished)
3. Kirishima wrote an interesting autobiography but as far as I can see its only translation is in French... (Picquier Poche)
4. Sumo live and train within different 'Heya' which is translated into English as 'stable'. In the above mentioned book the French choose a more sympathetic term of 'Confrérie' which means brotherhood.
Posted by Littlefair at 10:00 No comments:

Shorinji Kempo ended up being a thoughtful, but tiring and (for my wrists) painful lesson. It was interesting as sensei TO took us through a series of fundamental techniques but executing them in a slightly different manner. Sometimes this can lead to confusion as the new ideas might clash somewhat with the official technique. This time it seemed different though and I felt we were exploring the core principles in each technique rather than walking through the movements step by step. For example gyaku gote (the mother technique) can be executed against most people by following a series of steps: take preparation stance, feel for the off balance, take up wrist, release, press down on back of hand and turn. That's pretty much how a beginner might learn it. Last lesson sensei TO emphasised more the result which was needed: attacker needs to be dispatched to the floor in this direction. Go...play.... It was much more instructive than this but we certainly had food for thought and were less concerned about the 'mechanics' and more about the feeling which is also an important aspect in learning martial arts techniques.
Gyaku gote-the mother technique.
Okuri gote-the tough nut to crack...
Both killers on the wrists.
Posted by Littlefair at 15:14 3 comments: