Given that trains to London via Kings Cross were all cancelled and I had to take a train to Liverpool Street Station which seemed to stop at intervals of 3 minutes I should have been in a grump on the way to the seminar on Saturday. Somehow I felt good though. The sun was shining through and I had plenty of time to meander across London on the tube so I was in no rush. 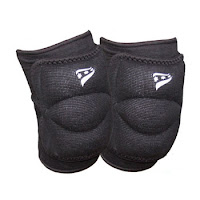 Equally I'd prepared all of my equipment the night before: gi, knee pads (a must when you don't have the luxury of using mats- a tip I picked up from practicing iai), mitts, tanto, flip flops, towel. Ah! Everything in order.
I further felt lifted when, upon approaching the gym, I saw a tall, muscular guy on a traffic island, nestled away from the cars by the trees around him, dressed in bright orange trousers and Chinese style gaiters warming up to do some kung fu. He was windmilling his arms gently round in what looked like preparation with the sun warming him. It was going to be a good day.
This seminar focused on mawashi geri: attacks and defences. The three main elements we looked at were: 'bouncing' out of the attack and back in to counter, receiving and blocking the mawashi geri attack early and countering with a straight kick and finally stepping striaght in with punches against a jun mawashi geri (no block). These were built up nicely so weren't hammering away at it straight away. I found bouncing out and in again to counter quite dynamic but you have to make sure both feet are pointing towards your opponent for maximum efficiency of movement. It has to be quick!
We eventually mixed up the attack defence so it was random: we could choose which counter from the three we'd practiced. This always makes me a bit anxious. Oh the choice! Will I get it wrong? Well as long as I remain focused and if I mess up put it behind me that's ok. It's a collaborative environment so I need to relax more. I need to relax more (full stop!).
Finally we worked on some juho take-down techniques with particular application of pinning the opponent to the floor when s/he is resisting. Good to feel the best places to apply in order to pin effectively.
On the way home the day was still bright and the wind quite refreshing. Three hours of training does wonders for you and as I made my way to the tube station the same guy was still practicing his kung fu (this time he seemed to be using a hand held mop). Train when you can.
Posted by Littlefair at 03:10

Sounds like you had fun! For my next grading I have to do 2 defences against a mawashi geri and I intend to include take downs in both of them. I'm always amazed at how easily people go down!

Knee pads! A must!